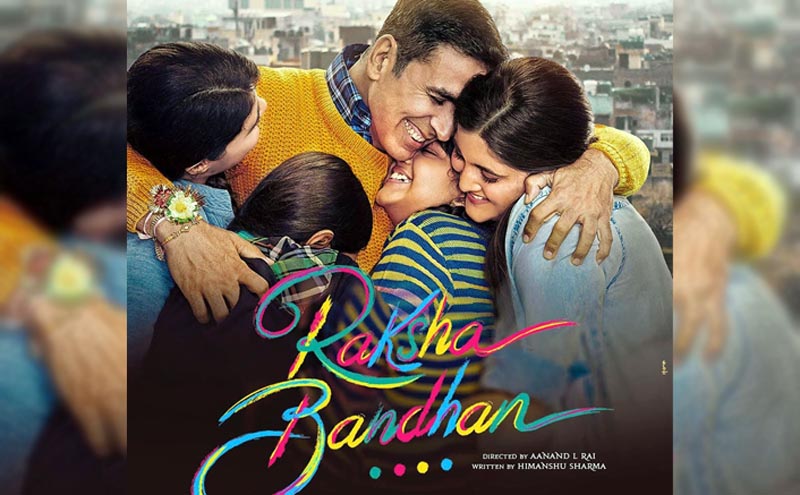 Akshay Kumar has announced that soon he will be working with Aanand L Rai in his feature film Raksha Bandhan opposite to Bhumi Pednekar.

The duo is already famous for their previous films. Akshay Kumar and Bhumi Pednekar had collaborated earlier in ‘Toilet: Ek Prem Katha (2017) ‘ and Akshay had produced the Bhumi starrer film ‘Durgamati’.

“When you are happy, it shows. And indeed we are… To have @bhumipednekar onboard #RakshaBandhan,” Akshay wrote on Twitter alongside a picture with Bhumi and Aanand L Rai.

The Film is written by National award winning screenplay writer Himanshu Sharma, who is known for Tanu Weds Manu, Raanjhanaa and Zero.

The Film Rakshabandhan will describe the tale of a relationship in the most beautiful way.

Apparently this film will be Akshay’s second collaboration with Aanand L Rai. Previously, he have worked with him in ‘Atrangi re’, starrer Dhanush and Sara Ali Khan.

Bhumi Pednekar was last seen in Dolly Kitty Aur Woh Chamakte Sitare and Durgamati, and this she signs the film with Akshay Kumar.

Akshay’s sister Alka Bhatia and Aanand will be presenting the film.

Rayanka Debnath is an enthusiastic sportsperson and an entertainment PR. She is quite dedicated at her work and a quick learner with effective media skills. She is pursuing her bachelor's degree in Journalism and Mass Communication. Rayanka is also a trained dancer and martial artist.