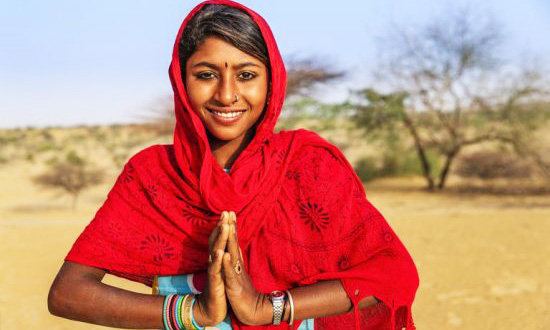 What does Vasudhaiva Kutumbakam mean?

Vasudhaiva Kutumbakam is a Sanskrit phrase found in Hindu texts such as the Maha Upanishad, which means ‘the world is one family’.

History of the phrase Vasudhaiva Kutumbakam

Wikipedia explains that the original verse appears in Chapter 6 of Maha Upanishad VI.71-73. Also found in the Rig Veda, it is considered the most important moral value in the Indian society. This verse of Maha Upanishad is engraved in the entrance hall of the parliament of India.

Subsequent ślokas go on to say that those who have no attachments go on to find the Brahman (the one supreme, universal Spirit that is the origin and support of the phenomenal universe).

The context of this verse is to describe as one of the attributes of an individual who has attained the highest level of spiritual progress, and one who is capable of performing his worldly duties without attachment to material possessions.

The text has been influential in the major Hindu literature that followed it, adds Wikipedia. The popular Bhagavata Purana, composed sometime between 3500 BCE and 3000 BCE, the most translated of the Purana genre of literature in Hinduism, for example, calls the Vasudhaiva Kutumbakam adage of the Maha Upanishad, as the “loftiest Vedantic thought”.

Dr N. Radhakrishnan, former director of the Gandhi Smriti and Darshan Samiti, believes that the Gandhian vision of holistic development and respect for all forms of life; nonviolent conflict resolution embedded in the acceptance of nonviolence both as a creed and strategy; were an extension of the ancient Indian concept of Vasudhaiva Kutumbakam.