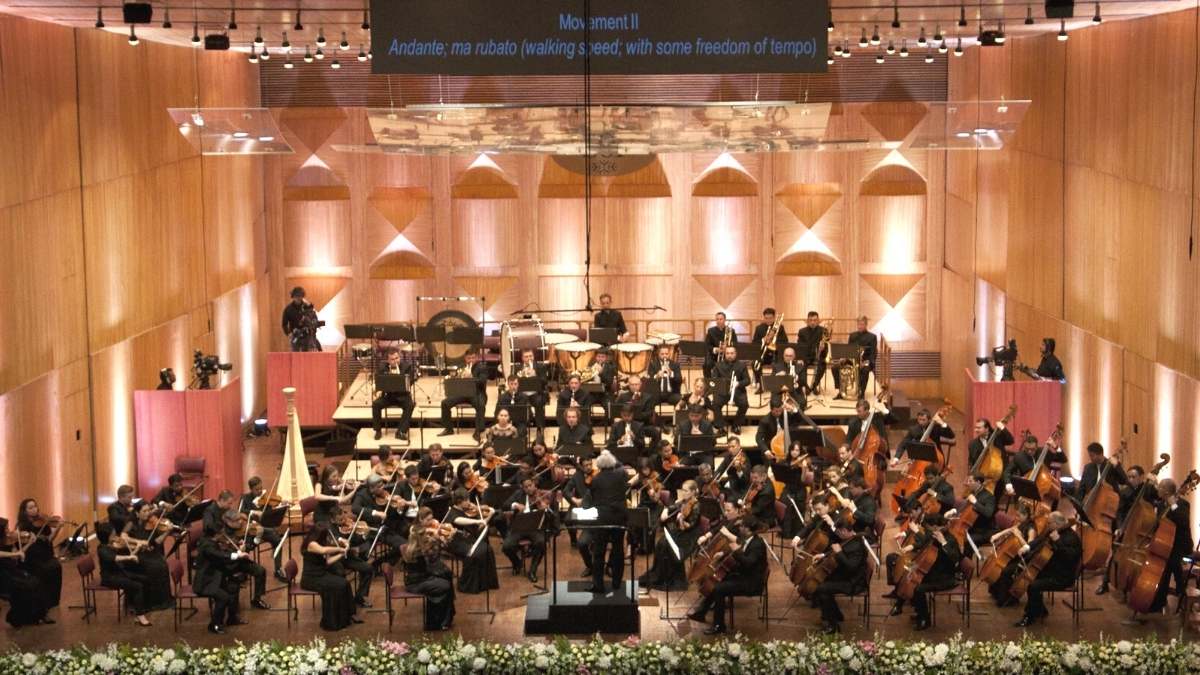 The Symphony Orchestra of India presents its Autumn 2022 Season with four symphonic concerts, four recitals and three performances of a fully-staged opera. The season will feature a wide range of repertoire, from the symphonies of Beethoven to ballet music by Prokofiev, music from Broadway by Leonard Bernstein, and much more.

The highlight of the Autumn 2022 Season is three fully-staged performances of Johann Strauss II’s beloved operetta Die Fledermaus, presented in collaboration with the Hungarian State Opera. The Hungarian State Opera is the leading cultural institute in Hungary where different artistic genres are equally embraced since its foundation in 1884.

Mr. Khushroo N. Suntook, NCPA Chairman and SOI Co-Founder, said, “We are extremely happy that the SOI is returning to stage with a stellar line-up including major artistes such as Benjamin Grosvenor, Pavel Kolesnikov, Ben Goldscheider and celebrated conductors like Richard Farnes and Aplesh Chauhan, who has recently received an OBE by the Queen for his Services to the Arts. This year, the SOI will also collaborate with a major European opera house, the renowned Hungarian State Opera, to present Johann Strauss’ Die Fledermaus. The Hungarian State Opera will bring in their entire production and artistes for three performances of the famous operetta which will be performed with the Symphony Orchestra of India in the pit. This will surely be a musical treat for all the SOI enthusiasts who have been eagerly looking forward to the season.”

The opening night will feature the British-born Conductor of Indian heritage, Alpesh Chauhan sharing the stage with British piano virtuoso Benjamin Grosvenor, a pianist of widespread international acclaim. The concert opens with Humperdink’s overture to his fairy-tale opera Hansel and Gretel, followed by the classical-age Piano Concerto No. 1 by Felix Mendelssohn and concluding with excerpts from Sergei Prokofiev’s ballet Romeo and Juliet, based on Shakespeare’s play.

The second concert on 21st September will build on the theme of the first concert and feature another Romeo and Juliet, the Fantasy Overture by Tchaikovsky, as well as the powerful and energetic Symphonic Dances from Leonard Bernstein’s beloved musical West Side Story, a modern retelling of the same story. Alpesh Chauhan will lead the concert featuring Barbican ECHO Rising Star, Ben Goldscheider as the soloist on the French horn, performing concerti by both Mozart and Richard Strauss.

On 25th September, the third concert of the season will kick off with Felix Mendelssohn’s concert overture The Hebrides, inspired by the composer’s travels to the Scottish islands. Brahms’ final work for orchestra, the Double Concerto for violin and cello, and Beethoven’s Triple Concerto for violin, cello and piano are among the most beloved works in the western classical repertoire, and will both be featured in this concert performed by the versatile and prolific violinist Sayaka Shoji and the enthusiastic, creative and passionate cellist Henri Demarquette. The concert will be led by Jean-Frédéric Neuburger, hailed as one of the most gifted musicians of his generation, who will also be featured as the piano soloist in the Triple Concerto.

On 30th September, Richard Farnes, former music director of Opera North and 2017 Royal Philharmonic Society Award-winner, will conduct a programme featuring the engrossing, sophisticated and musical-storytelling pianist Pavel Kolesnikov in the mesmerising and technically-challenging Piano Concerto No. 3 by Rachmaninoff. The program also features Beethoven’s Symphony No. 7 beloved for its lively rhythms that led Richard Wagner to describe it as the “apotheosis of the dance.”

Die Fledermaus is considered one of Strauss’ most beloved works and a favorite with audiences around the globe. The Opera will feature over 100 performers on the iconic Jamshed Bhabha Theatre stage. Die Fledermaus has constantly been part of the Hungarian State Opera repertoire for 125 years.

The season will also feature Bánk Bán – The Viceroy Bank, in a concert version. The music of the opera is reminiscent of Verdi and Meyerbeer and features the Hungarian “verbunk” style accompanied by such particular instruments as the cymbalo and viola d’amore.

Along with the symphonic concerts and Opera, each soloist will also give perform in recital during the course of the season.