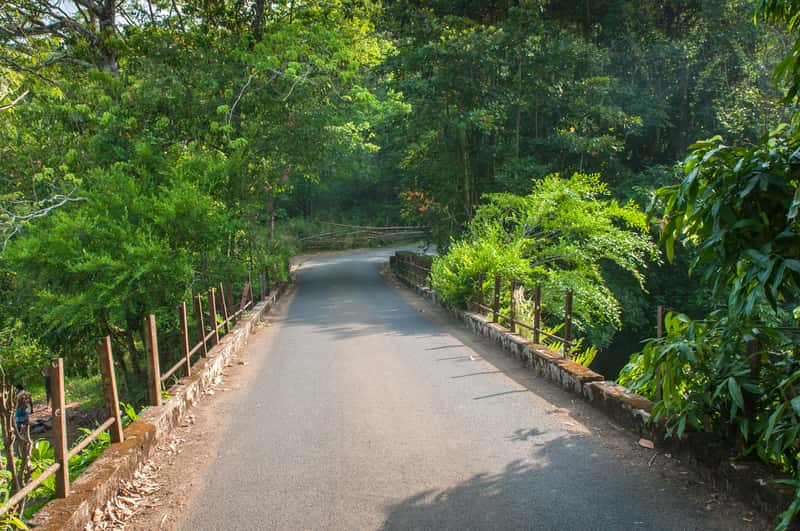 The wanderers would always try to reach the places undiscovered. Travelers will always want to find themselves, after being lost in paradise. We would like to unfold some information about the four unexplored beautiful villages of India: 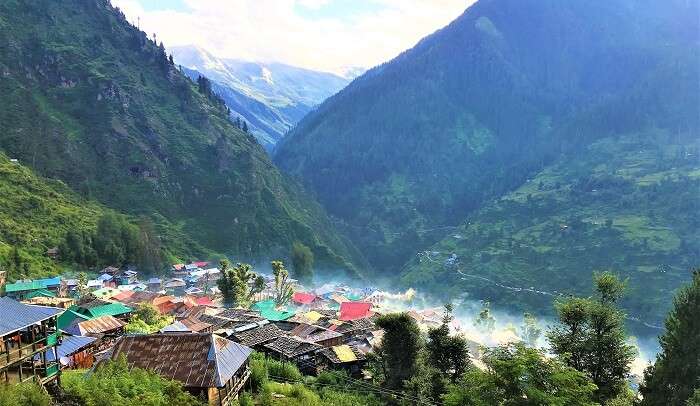 From being the hermit village once upon a time to now being considered as the center of a rag-tag tourism trade. Malana’s existence started getting known to people after the anthropologist Colin Rosser wrote a seminal paper on this hermit village in 1952.

Malana is located on a narrow plateau, high on the side of a wild and remote glen that abuts the river Parvati in the Kullu valley of Himachal Pradesh.

From 200 villages of Kullu, Malana has always stood apart in terms of certain affinity and its cultural cohesion. Rosser said, Malana was always known as a home of different people as it never conformed.

Malanis speak Kanashi which is their autochthonous language while the rest of Kully valley speaks Kuluhi. The bus for Malana first arrives at the mundane town of Jari, and Malana is quite a long way from there.

When wanderers visit the oldest village, they light up by gently touching the chillum on their forehead as homage to Lord Shiva. Malana charas which are known as Malana Ice and Malana cream are the most highly prized, even in Amsterdam, which is the legal weed capital of the world.

When foreigners visit the village, they smoke and enjoy a happy sounding genre of trance plays. An interesting fact about the village is that the villagers don’t give permission to touch their belongings. Even when outsiders buy things, money has to be placed on the counter and the shopkeeper will put the goods on the table.

No physical contact is a mandatory rule for these villagers, and in case they touch they immediately run to bathe. The people of Malana would happily pose for a photograph, but the videography in the village is strictly prohibited. These villagers enjoy keeping their culture, lifestyle and the village as a secret.

Malana has two main festivals, Malana Fagli which is celebrated in the mid of Feb and Malana Shaun which is celebrated on 15th August. Wanderers would love to hunt the treasure hidden in the village, after heading to experience the mystery vibes of this wonderful destination in the mountains.

To know more about this destination , there are two documentaries titled as Malana: Globalization of a Himalayan Village and Malana: A Lost Identity. 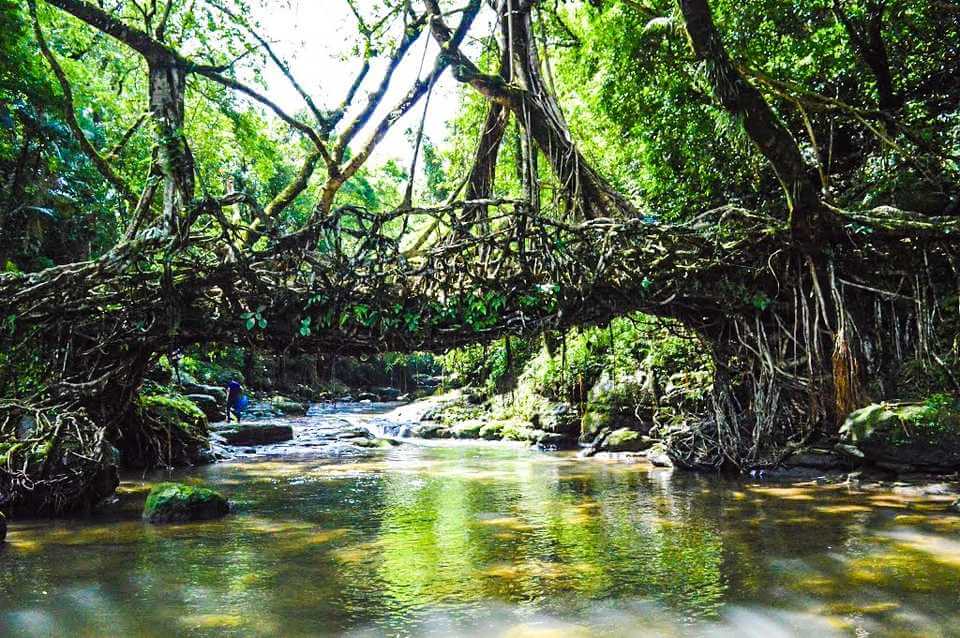 Mawlynnong is known to be one of the cleanest villages in India. The enthralling details and facilities provided by the village makes the visitors more curious to visit the place.

Functional toilets, bamboo dustbins , ban on plastic bags are some of the interesting rules which the village functions on.

Mawlynnong is a village known for its greenery and exquisite biodiversity and is located in Meghalaya. It is not only known as the cleanest village of India, but also of Asia. The village celebrates 100 percent literacy rate along with women empowerment and lust greenery.

Mawlynnong waterfall here is untouched and continues to remain in space from humans. The sparkling water makes this location stunning and worth visiting. Jingmaham Living Root Bridge is a recognized UNESCO World Heritage Site.

It is a 300 year old, single decker bridge which was constructed across a stream by intertwining aerial roots of tree trunks of rubber and beetle trees.

Also, Mawlynnong Sacred Forest is one of the famous tourist attractions and one of the best sightseeing places. Apart from this, there is even Dawki-Shnongpdeng and Sky Walk of the village are also the locations visitors cannot skip to watch.

The travelers will love to explore the God’s Own Garden : Mawlynnong. 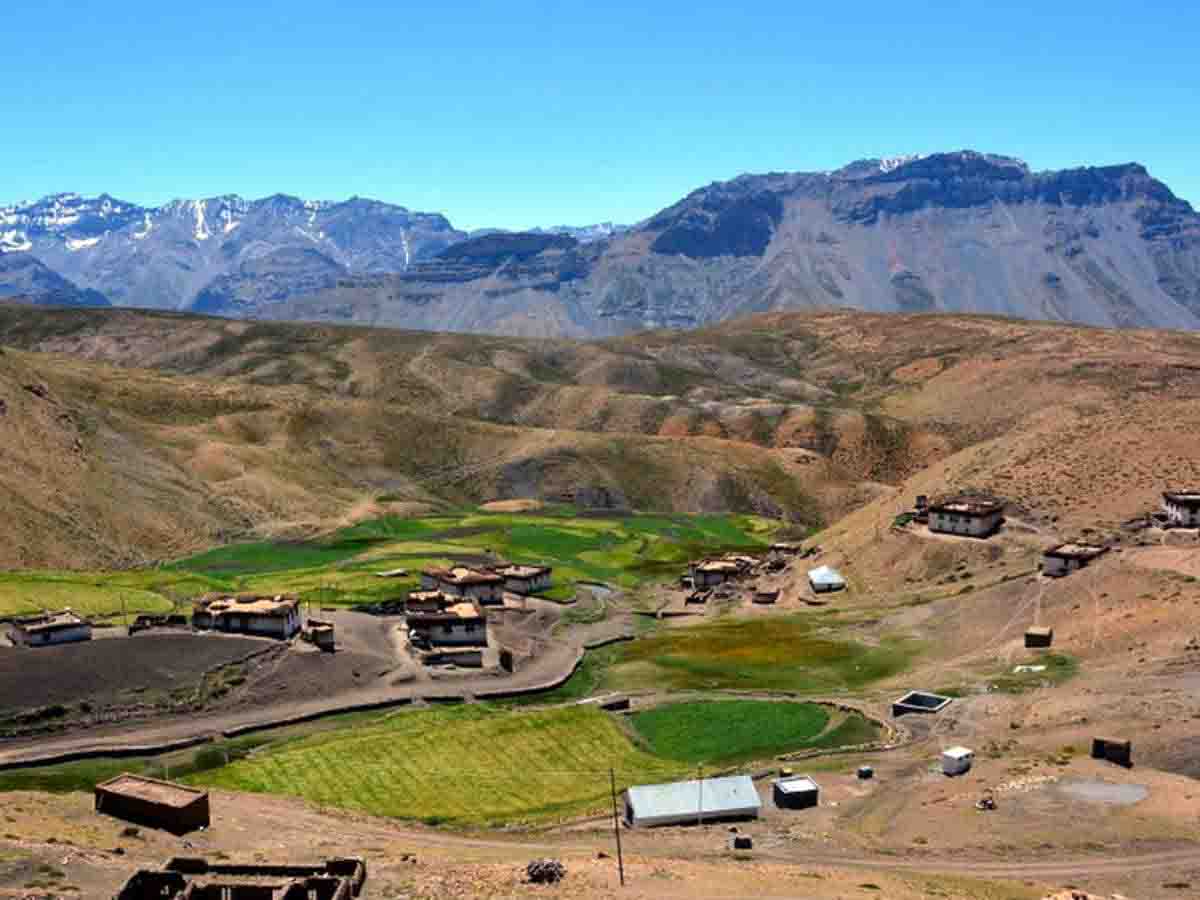 Komic Village is located in Himachal Pradesh of India. The mountains here are always covered with snow. The place has a majestic valley view. It is known as the highest village of the country and is situated at the height of 18000 ft above sea level. The humans of the village are super warm to the visitors.

When travelers visit the Komic Village, their eyes would be blessed to see how heaven meets the earth here. The place welcomes countless tourists who want to experience the stunning beauty and the beautiful culture. The remote village of Spiti Valley is literally “eye of a snow cock”.

The smallest named village of the country named as ‘Ha’ is located in Longding Koling Tehsil of Kurung Kumey district of Arunachal Pradesh. This village has a population of approximately 300 people and consists of around 58 houses.

The village is not extraordinary but one can definitely see the sight of the countryside scenery, about how farmers are working on the green field of water buffalo. One can even make conversation with the local people and learn about their culture and their daily lives.

The old houses in the village are constructed from broken part terracotta from the past which can be discovered from the narrow and zigzag alleys. The Ha village is known for rice wine or cassava wine and rick paper cakes.

The visitors can also have a hands on experience by making their own rice paper cakes. The special brick walls of the Ha village are the top attraction for painters, photographers and film people. If one wants to experience a uniqueness in their travel, interaction with the locals and observations would make it unique.

Nidhi Desai graduated in BMS (Marketing) from Mithibai College. She is passionate about her work and always curious to learn new things. She's an avid reader, melophile, movie buff, loves to watch cricket and is a lover of animals. She loves communication and aspires to make a name for herself as an entertainment PR.